Hello everyone! So since today is International Women’s Day, I decided to make a list of my top 5 Tudor women to study. This is a list of women who I love learning new things about and they always surprise me. Some of you might be shocked that I didn’t include more of the popular figures like Anne Boleyn, Mary Queen of Scots and Mary I. I do like these women but for me, it was about the life stories of the women listed. The following women I feel like I could connect with a bit better. That is not to say that this list will change later.

My top 5 Tudor women to study are as follows: 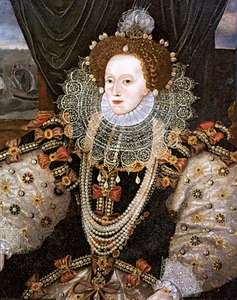 I know, a real shocker. Elizabeth was the first Tudor monarch who caught my attention. Not only was she a woman who ruled England as good as any man, but she chose not to marry. Sure she did drag men along proposing the idea of marriage, but I believe she has a strategy to this. I believe that she did not want to marry at all, however she used the idea of marriage to strengthen alliances with foreign powers throughout Europe. For the most part, except for Philip II of Spain who wanted to use a marriage with Elizabeth to bring back Catholicism back to England, this strategy worked. Elizabeth was able to use the image of the “Virgin Queen” to her advantage even though there are accounts of relationships with men like Thomas Seymour and Robert Dudley. There were also some incidents where she was unkind to relations like Lettice Knollys and the death of Mary Queen of Scots. However, we must understand that Elizabeth lived in a time where she did not declare her heir, she had to do whatever it took to survive or she risked throwing the country back into a time of turmoil, like it was during the Wars of the Roses. Elizabeth, though the last of the Tudor monarchs was able to usher a Golden Age of learning and culture into England while being an unmarried queen who ruled.

The matriarch of the Tudor dynasty. This woman was a power house when survival was 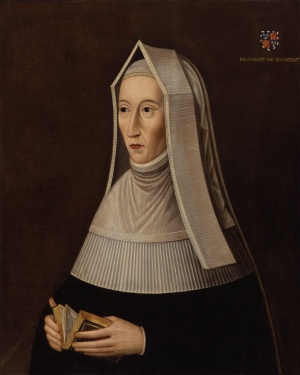 essential. It was a world controlled by men and Margaret played their game well. She was first married to Henry Tudor’s father Edmund when she was around 12 or 13 years old and had Henry when she was either 13 or 14. With the amount of trauma that she endured giving birth to Henry, he was her only child. Only a few months before Henry was born, Edmund died, leaving Margaret a widow and she had to give her son over to an enemy of the Beauforts. As the Wars of the Roses progressed, Henry soon became the last hope for the Lancastrian cause. His life hung in the balance as he and his uncle Jasper was forced into exile. It was through Margaret’s two other marriages that she was able to secure land for her son and was able to help create an army for her son so that he could claim the throne. Most of this she planned while her husband, Lord Stanley, was a strong supporter for the Yorkist cause. This was such a gamble, but the biggest gamble that Margaret made was when she convinced Elizabeth Woodville, the wife of Edward IV, to allow her daughter Elizabeth of York to marry Henry after he defeated Richard III at the Battle of Bosworth Field. All of her hard work paid off after Bosworth and her son Henry Tudor became Henry VII. Margaret had to be very strong in order to survive through all of this turmoil in order to see her only son succeed.

Though we do not know much about Elizabeth of York compared to her mother-in-law, I have always found her story fascinating. She could have either married her uncle, Richard III, or her father’s enemy, a Lancastrian Welsh young man named Henry Tudor. In the end, Elizabeth of Woodville and Margaret Beaufort decided that a marriage 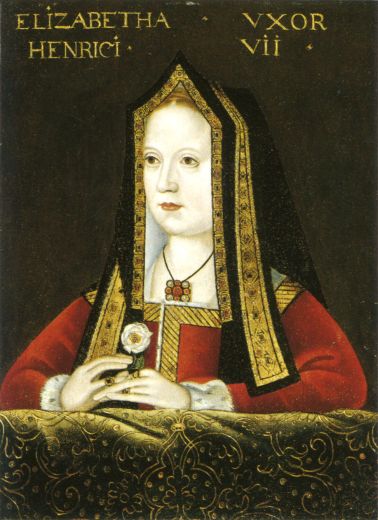 between their children would help mend the rift in the country. With the marriage between Elizabeth and Henry Tudor, the York and Lancaster houses were united under the red rose of Tudor. I have always wondered what it must have been like for Elizabeth to know that she had to marry Henry who fought on the opposite side of her entire family. At first, it must have been rough but it did develop into love between the two. And then Henry had to deal with men who claimed to be her brothers who were led to the Tower of London and supposedly never heard of again. It must have been hard for Elizabeth to hear about these pretenders who claimed to be her long-lost brothers. At the same time she was building a family with Henry with her sons and daughters. Just when everything was going well for the family, Elizabeth and Henry’s eldest son Arthur died right after he had married Catherine of Aragon, the daughter of Isabella and Ferdinand of Spain. The blow must have rocked their marriage to the core, but luckily they had each other and their other son Henry VIII. It was the love that they had for one another that helped get Elizabeth of York and Henry VII through the rocky patches and helped establish the Tudor dynasty.

The wife of both Prince Arthur and Henry VIII. This woman was strong. Not only did she have to move to another country from her native Spain, but after Arthur died suddenly after their marriage, she was forced to stay in this foreign land while anot

her marriage, to Henry VIII, was arranged all while living in poverty. She could have thrown in the towel and asked to go back home but she stayed and married King Henry VIII, becoming Queen of England. Everything was going fine in their marriage until the miscarriages happened and the fact that she could only give birth to one child, a girl named Mary. This must have felt so horrible for Catherine since Henry only wanted a male heir and she could not give him what he wanted. Henry wanted a divorce and decided to use the fact that she was married to his brother as an excuse to divorce. Since Catherine said she was still a virgin after Arthur died, the Catholic church did not see a reason to hand out the divorce and took a long time to decide so Henry decided to break away from the church and divorced Catherine that way. She was then dismissed to never see him or her daughter Mary again, although she would argue that she was his one true and faithful wife until her dying breath. The amount of courage it must have taken to get through all the Henry through her way is very admirable and inspiring.

The last of Henry VIII’s wives, Catherine Parr was twice widowed before she married Henry. She acted more of a nurse maid for him later in his life than his actual wife.

Catherine was a scholar and had written two books, a first for a Queen of England. She acted as a king step mother to Henry’s three children; Edward, Elizabeth and Mary, but she had the best relationship with Elizabeth. After Henry died, Catherine married her sweetheart Thomas Seymour and had Elizabeth live with them. It is rumoured that Thomas Seymour had an inappropriate relationship with Elizabeth. It must have been hard for Catherine to accept this fact and in some cases, it is said that she even assisted Thomas with these incidents. Catherine had to make the hard decision to ask Elizabeth to leave her household, even though she loved her very much. Catherine died giving birth to a daughter. Catherine had to act as a nurse, scholar, wife, and step mother in a time when it was hard to even do one of these jobs properly.

These women lived in some of the most tumultuous times in English history and yet they made the best of their situations. This is why I love studying about each of these women. Who are your favorite women in Tudor history to study about and why?

One thought on “Top 5 Tudor Women to Study”