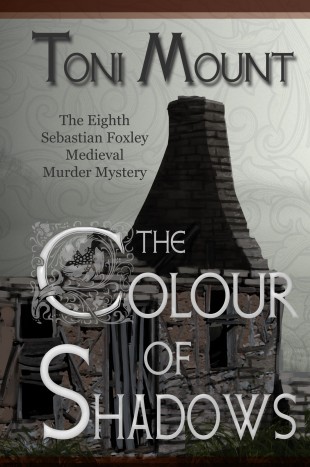 In my new Sebastian Foxley murder-mystery novel The Colour of Shadows, set in medieval London, some of the action involves a young scholar, Will Thatcher, studying at St Paul’s Song School in London. Song schools trained choristers – hence the name – for the cathedral to which they were attached. Since all the anthems and responses would be in Latin, this language was taught. In fact, children weren’t permitted even to chat with each other in English and everything was conducted in Latin. The ultimate intention was that every schoolboy would eventually become a cleric, priest, monk, or lawyer; professions carried out mostly in Latin, so an early grounding was vital.

But a child’s education began at home. By the time a boy – and the song school’s were always boys only – went to school, aged about seven, he should already know a few basics, so how did adults regard children’s early education in the fifteenth and sixteenth century? What was considered to be the correct way of raising and training children? Thomas Tusser, the Tudor commentator who generally gave parents good and sensible advice, as would have been applicable for the fifteenth century too, had this to say [I’ve modernised the spelling]:

We find it not spoken so often for nought,

That children were better unborn than untaught,

Some cockneys with cocking are made very fools,

Fit neither for prentice, for plough, nor for schools.

Teach child to ask blessing, serve God, and to church,

Then bless as a mother, else bless him with birch.

Thou housewife thus doing, what further shall need?

But all men to call thee good mother indeed.

This fascinating passage covers all that was required in educating a young child – a task undertaken most usually by its mother or, perhaps, by its nurse, if the mother wasn’t around.

Cockney. We all know the word and these days we often use it to describe a Londoner. It used to be a little more specific, applying only to those born within hearing distance of the bells of St-Mary-le-Bow church in the city. However, as you’ll realise from Tusser’s instructions above, a ‘cockney’ was originally something very different and nothing to do with being born in London. A cockney was a boy-child, spoilt and coddled and therefore effeminate. ‘Cocking Mams’ were over-indulgent mothers whose children would be unsuited in future to being apprenticed, working the land, or even going to school. So Rule no.1 was ‘Do not indulge the child.’

The first thing a child had to learn was the Lord’s Prayer or Paternoster, the Creed or Credo and, until the Reformation, when England became Protestant, the Hail Mary or Ave Maria. The Creed was the litany recited at mass, beginning ‘I believe in one God…’ At a baby’s baptism, the godparents had to promise, not only to keep their godchild safe ‘from the perils of fire and water’ but to teach him these basic recitations of the Christian faith. Since medieval times, these words, originally in Latin and often together with a basic ABC and numbers, were written on horn books. These weren’t really books at all but a sheet of parchment (later paper), covered with a transparent layer of horn to protect it, put in a wooden frame, shaped like a small, square table-tennis bat, complete with a handle, so the child could hold it easily. By Tudor times, they were more often written in English but these hard-wearing teaching aids often passed down the generations and were still popular in the eighteenth century.

Incidentally: a few words about godparents. From medieval times, child-birth had been a women-only affair. The mother might be in labour for days and need every encouragement from her female relatives, friends, and neighbours. These women also had to be on hand to stand as godparents at short notice, if the baby seemed unlikely to live and required immediate baptism. Godparents were also known as ‘godsibs’ or siblings in God. As you can imagine, a group of women, sitting around, waiting for days, perhaps, with not much to do, did a great deal of chatting and, as they ran out of relevant topics to discuss, probably resorted to exchanging rumours. This activity became known as ‘godsibing’ or – as we would call it – gossiping.

Children as young as three or four would be expected to attend church and to understand when to bow their heads or kneel in prayer and to reverence God. They would also join in family prayers with the household as often as the religious faith of the head of the house required. Many Protestant families took the act of reading aloud from the English Bible very seriously. It might be done daily or else, most certainly, on the Lord’s Day – Sunday. Thus, Rule no.2 was ‘Teach the child to respect God and the Church’.

Thomas Tusser’s final instruction would not be appreciated today: the use of corporal punishment. Beating children is now unlawful in most modern societies but the Tudors would have been dismayed by our idea. ‘Bless him with birch’, as Tusser said. In other words, a good thrashing never did anyone any harm and to ‘spare the rod’ was to ‘spoil the child’, as the Bible said. In the Book of Proverbs 13: 24, it states: ‘He who spares the rod hates his son, but he who loves him is careful to discipline him’. The Tudors certainly believed this. Physical discipline was thought vital to achieving both learning and good behaviour and children were expected to take it with good grace, even welcoming it as just one aspect of the best educational methods. It would teach them to respect authority. If a child misbehaved, there was no point in trying to reason with him because children were illogical creatures, as yet incapable of rationalising what was good conduct and what was bad. So Rule no.3 was ‘Do not be lenient: a beating does far more good than harm and is vital to a child’s education.’

One last thing: a medieval or Tudor parent would never have told a child that it was naughty. In those days the word meant you were ‘as nothing’ (naught), so wicked you were less than human. It was a term applied to murders. Shakespeare’s Macbeth was naughty; unruly toddlers were not.

Elizabeth Norton’s ‘The Lives of Tudor Women’ Head of Zeus, 2016.

The Colour of Shadows

When Seb Foxley discovers a child’s body in his workshop and another lad goes missing, our medieval sleuth is perplexed at every turn. His investigations take him across London Bridge to Bankside, where he becomes embroiled in the sinister shadows of the city’s underworld. Bankside is a labyrinth of depravity and crime where every harlot intends the downfall of respectable men and every scoundrel has a secret. In a netherworld unlike anything he’s experienced before, can Seb unravel the murky mysteries of The Mermaid Tavern, recover the stolen lad and restore him to his family?

About the Author- Toni Mount 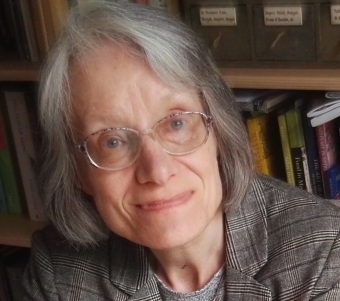 I’m an author, a history teacher, an experienced speaker – and an enthusiastic life-long-learner. I’m a member of the Research Committee of the Richard III Society and a library volunteer where I lead a Creative Writing group. I regularly give talks to groups and societies and attend history events as a costumed interpreter. I write for a variety of history magazines and have created seven online courses for www.MedievalCourses.com

I have a strong online following with my various social media and web pages:

My works to date include:

2007 The Medieval Housewife and Women of the Middle-ages

2015 (Pb) The Medieval Housewife: & Other Women of the Middle Ages

2021 (Pb) How to survive in Medieval England

2021 (Pb) An affectionate look at sex in medieval England

2017 The Colour of Betrayal

2018 The Death Collector (A Victorian Melodrama)

2016 Richard III and the Wars of the Roses

2016 Warrior Kings of England: The Story of the Plantagenet Dynasty

2017 The English Reformation: A Religious Revolution

2018 The Roles of Medieval and Tudor Women