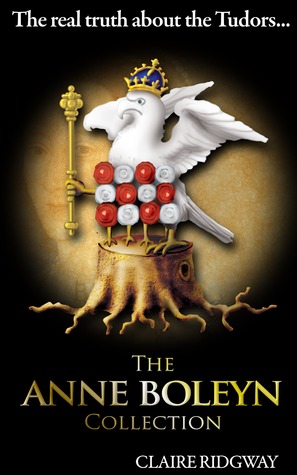 Have you ever watched a historical drama/ movie or read a historical fiction novel and started to wonder if the “facts” they a portraying are true? You start researching the history of these people and the times that they lived in and it soon becomes a passion. You have your favorite figures to study and you want to defend them when those online decide to criticize them in discussion boards. For some of us, that is as far as it goes, but some choose to make blogs to explore these topics even further. This scenario is similar to what happened with Claire Ridgway, the creator of the popular blog The Anne Boleyn Files; however, her inspiration came from a dream. To share her passion for all things Anne Boleyn, Ridgway has decided to compile some of the most popular articles from her blog into her debut book, “The Anne Boleyn Collection”.

As a fellow history blogger, I share Ridgway’s passion for finding the truth about the past through personal research and to share that information with other Tudor fans through articles. I admire her for finding a subject that she is so passionate about that she decided to write enough articles to create an entire book about Anne Boleyn and the topics around her. There were several articles in this book that I found fascinating; like the missing Boleyn children, the men and women of Anne’s household, the discussion of the Boleyns in popular historical dramas, and the discovery of Anne’s remains, which I think shows Ridgway’s desire to show a different side to the Boleyn story to those who study the Tudors.

Ridgway’s book is a series of articles that were well received on her blog. They are not in chronological order, but there are some mini-series of articles that discuss certain topics at length. Some of the articles do discuss Anne Boleyn and how she is portrayed in The Tudors and The Other Boleyn Girl, which are popular but they tend to show Anne and her family in a rather negative light. Ridgway has very strong views on these programs and makes them very apparent.

The one major issue that I had with this book was the fact that she reused articles that were on her blog and just put them in an order that made sense. To me, there is a difference in style between writing a blog article and writing a book. You can still have the casual writing style that makes you feel like you are having a conversation with the reader, but expand your thoughts that you had in your articles while using more reliable sources. Since these articles are the same ones that were on the Anne Boleyn Files blog, it feels a bit redundant to have them in this book and on the blog.

Overall, I think that this was a decent debut book for Claire Ridgway. I thought she made some good points in her articles and her passion is evident in her writing. It does feel like having a conversation with Ridgway herself, which makes it easy for Tudor novices to understand. I did wish she expanded on some points and used more credible sources, but I thought it was a good book. If you are a fan of the Anne Boleyn Files and discussing hot topics about Anne Boleyn, I would recommend you check out, “The Anne Boleyn Collection” by Claire Ridgway.