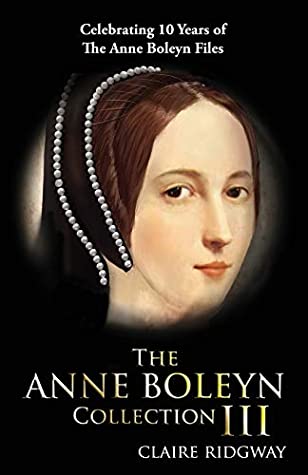 The story and myths of Henry VIII’s second wife, Anne Boleyn, have been debated and dissected for centuries. Was she a cruel and calculating figure who got what she deserved or was she an innocent victim of an evil tyrant of a husband? The funny thing about history is that the truth is never clear cut. Historical figures are human beings, no matter how many centuries separate their lives from our own. They were not all good or all bad, which is the perspective that Claire Ridgway tries to show when she is writing about her favorite figure, Anne Boleyn, either in her books or on her blog, The Anne Boleyn Files. To celebrate the 10th anniversary of the Anne Boleyn Files, Claire Ridgway returns with the latest collection of articles, “The Anne Boleyn Collection III”.

Like the other two volumes of this series, Ridgway has taken some of the most popular articles from her blog, the Anne Boleyn Files. There are some recurring themes that Ridgway has highlighted in her previous two books, but there are some news topics that she discusses in length. Was Mary I or Lady Jane Grey the usurper? Did Anne Boleyn love Henry Norris? How did Henry VIII go from a Renaissance prince to an infamous tyrant? Who were the men who died with Anne Boleyn?

Ridgway’s passion for the Tudors, especially when it comes to Anne Boleyn, is extremely apparent when reading her books. That does not change at all in this book. Her writing style remains the same as in her previous books. It is like having a conversation with a friend about Tudor hot topics. What Ridgway added to this book was the use of poetry written about the historical figures that she discusses at length. I found the poetry refreshing and intriguing to delve deep into the meaning of the poet’s words.

I think this book is okay, but I did have a few problems when I was reading it. I did feel like this book was slightly redundant as it repeats some of the same points that she made in previous books. Now, this might be because they are articles from her blog and she wanted to focus heavily on certain topics, but I felt like there were other topics that she might have focused on. I wanted to learn new information about Anne Boleyn and her times.

Another issue that I had with this particular book was with the sources. Ridgway tends to favor certain authors and historians when it comes to her research, which is fine. However, I think there have been new biographies that were written before the publication of this book that would have helped Ridgway make her points even stronger. As a blogger, there are sources that we enjoy using, but one should be aware that there are other historians who are doing great research out there and they should be at least acknowledged. We should be open to new ideas, new sources, and new theories about historical figures, even if we don’t necessarily agree with them. It is how we grow as history lovers and how we can better understand the past.

Overall, I think this was a good book, but I was expecting a tad more, especially after how much I enjoyed book two of the collection. Ridgway’s feelings and passion for her subject were ever-present in this volume, but I think that she could have expanded her research a tad to include more recent biographies and books to get her point across to a new batch of readers. I think if you enjoyed her two previous books in this series, I would recommend you read Claire Ridgway’s latest book, “The Anne Boleyn Collection III”.